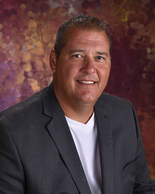 Saturday, June 19, 2021
​​Sermon Title:  "A Tale of Two Sons"
​Speaker........: Pastor Kris Kauffman
To download, Right-click, Save link as...
​Scripture References:
​
​Romans 8:15-17 (KJV)
For ye have not received the spirit of bondage again to fear; but ye have received the Spirit of adoption, whereby we cry, Abba, Father.  The Spirit itself beareth witness with our spirit, that we are the children of God:  And if children, then heirs; heirs of God, and joint-heirs with Christ; if so be that we suffer with him, that we may be also glorified together.

Luke 15:11-32 (KJV)
And he said, A certain man had two sons:  And the younger of them said to his father, Father, give me the portion of goods that falleth to me. And he divided unto them his living.  And not many days after the younger son gathered all together, and took his journey into a far country, and there wasted his substance with riotous living.  And when he had spent all, there arose a mighty famine in that land; and he began to be in want.  And he went and joined himself to a citizen of that country; and he sent him into his fields to feed swine.  And he would fain have filled his belly with the husks that the swine did eat: and no man gave unto him.  And when he came to himself, he said, How many hired servants of my father's have bread enough and to spare, and I perish with hunger!  I will arise and go to my father, and will say unto him, Father, I have sinned against heaven, and before thee,  And am no more worthy to be called thy son: make me as one of thy hired servants.  And he arose, and came to his father. But when he was yet a great way off, his father saw him, and had compassion, and ran, and fell on his neck, and kissed him.  And the son said unto him, Father, I have sinned against heaven, and in thy sight, and am no more worthy to be called thy son.  But the father said to his servants, Bring forth the best robe, and put it on him; and put a ring on his hand, and shoes on his feet:  And bring hither the fatted calf, and kill it; and let us eat, and be merry:  For this my son was dead, and is alive again; he was lost, and is found. And they began to be merry.  Now his elder son was in the field: and as he came and drew nigh to the house, he heard musick and dancing.  And he called one of the servants, and asked what these things meant.  And he said unto him, Thy brother is come; and thy father hath killed the fatted calf, because he hath received him safe and sound.  And he was angry, and would not go in: therefore came his father out, and intreated him.  And he answering said to his father, Lo, these many years do I serve thee, neither transgressed I at any time thy commandment: and yet thou never gavest me a kid, that I might make merry with my friends:  But as soon as this thy son was come, which hath devoured thy living with harlots, thou hast killed for him the fatted calf.  And he said unto him, Son, thou art ever with me, and all that I have is thine.  It was meet that we should make merry, and be glad: for this thy brother was dead, and is alive again; and was lost, and is found.

Psalm 23:1-6 (KJV)
The LORD is my shepherd; I shall not want.  He maketh me to lie down in green pastures: he leadeth me beside the still waters.  He restoreth my soul: he leadeth me in the paths of righteousness for his name's sake.  Yea, though I walk through the valley of the shadow of death, I will fear no evil: for thou art with me; thy rod and thy staff they comfort me.  Thou preparest a table before me in the presence of mine enemies: thou anointest my head with oil; my cup runneth over.  Surely goodness and mercy shall follow me all the days of my life: and I will dwell in the house of the LORD for ever.

Ephesians 4:26 (KJV)
Be ye angry, and sin not: let not the sun go down upon your wrath: