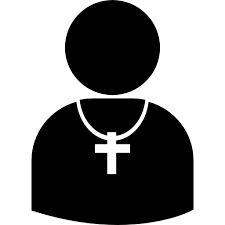 ​​Revelation 8:1-6 (KJV)
1 And when he had opened the seventh seal, there was silence in heaven about the space of half an hour.
2 And I saw the seven angels which stood before God; and to them were given seven trumpets.
3 And another angel came and stood at the altar, having a golden censer; and there was given unto him much incense, that he should offer it with the prayers of all saints upon the golden altar which was before the throne.
4 And the smoke of the incense, which came with the prayers of the saints, ascended up before God out of the angel's hand.
5 And the angel took the censer, and filled it with fire of the altar, and cast it into the earth: and there were voices, and thunderings, and lightnings, and an earthquake.
6 And the seven angels which had the seven trumpets prepared themselves to sound.