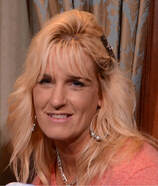 James 4:8 (KJV)
Draw nigh to God, and he will draw nigh to you. Cleanse your hands, ye sinners; and purify your hearts, ye double minded.

Psalm 63:1 (HCSB)
God, You are my God; I eagerly seek You. I thirst for You; my body faints for You in a land that is dry, desolate, and without water.

Psalm 84:1-2 (HCSB)
How lovely is Your dwelling place, LORD of Hosts.  I long and yearn for the courts of the LORD; my heart and flesh cry out for the living God.

Mark 7:24-30 (HCSB)
He got up and departed from there to the region of Tyre and Sidon. He entered a house and did not want anyone to know it, but He could not escape notice.  Instead, immediately after hearing about Him, a woman whose little daughter had an unclean spirit came and fell at His feet.  Now the woman was Greek, a Syrophoenician by birth, and she kept asking Him to drive the demon out of her daughter.  He said to her, "Allow the children to be satisfied first, because it isn't right to take the children's bread and throw it to the dogs."  But she replied to Him, "Lord, even the dogs under the table eat the children's crumbs."  Then He told her, "Because of this reply, you may go. The demon has gone out of your daughter."  When she went back to her home, she found her child lying on the bed, and the demon was gone.

Hebrews 11:6 (HCSB)
Now without faith it is impossible to please God, for the one who draws near to Him must believe that He exists and rewards those who seek Him.

Mark 5:25-34 (HCSB)
A woman suffering from bleeding for 12 years  had endured much under many doctors. She had spent everything she had and was not helped at all. On the contrary, she became worse.  Having heard about Jesus, she came behind Him in the crowd and touched His robe.  For she said, "If I can just touch His robes, I'll be made well!"  Instantly her flow of blood ceased, and she sensed in her body that she was cured of her affliction.  At once Jesus realized in Himself that power had gone out from Him. He turned around in the crowd and said, "Who touched My robes?"  His disciples said to Him, "You see the crowd pressing against You, and You say, 'Who touched Me?' "  So He was looking around to see who had done this.  Then the woman, knowing what had happened to her, came with fear and trembling, fell down before Him, and told Him the whole truth.  "Daughter," He said to her, "your faith has made you well. Go in peace and be free from your affliction."

Luke 19:1-10 (HCSB)
He entered Jericho and was passing through.  There was a man named Zacchaeus who was a chief tax collector, and he was rich.  He was trying to see who Jesus was, but he was not able because of the crowd, since he was a short man.  So running ahead, he climbed up a sycamore tree to see Jesus, since He was about to pass that way.  When Jesus came to the place, He looked up and said to him, "Zacchaeus, hurry and come down, because today I must stay at your house."  So he quickly came down and welcomed Him joyfully.  All who saw it began to complain, "He's gone to lodge with a sinful man!"  But Zacchaeus stood there and said to the Lord, "Look, I'll give half of my possessions to the poor, Lord! And if I have extorted anything from anyone, I'll pay back four times as much!"  "Today salvation has come to this house," Jesus told him, "because he too is a son of Abraham.  For the Son of Man has come to seek and to save the lost."

Mark 5:21-24 (HCSB)
When Jesus had crossed over again by boat to the other side, a large crowd gathered around Him while He was by the sea.  One of the synagogue leaders, named Jairus, came, and when he saw Jesus, he fell at His feet  and kept begging Him, "My little daughter is at death's door. Come and lay Your hands on her so she can get well and live."  So Jesus went with him, and a large crowd was following and pressing against Him.

Mark 5:35-43 (HCSB)
While He was still speaking, people came from the synagogue leader's house and said, "Your daughter is dead. Why bother the Teacher any more?"  But when Jesus overheard what was said, He told the synagogue leader, "Don't be afraid. Only believe."  He did not let anyone accompany Him except Peter, James, and John, James' brother.  They came to the leader's house, and He saw a commotion--people weeping and wailing loudly.  He went in and said to them, "Why are you making a commotion and weeping? The child is not dead but asleep."  They started laughing at Him, but He put them all outside. He took the child's father, mother, and those who were with Him, and entered the place where the child was.  Then He took the child by the hand and said to her, "Talitha koum!" (which is translated, "Little girl, I say to you, get up!" ).  Immediately the girl got up and began to walk. (She was 12 years old.) At this they were utterly astounded.  Then He gave them strict orders that no one should know about this and said that she should be given something to eat.

1 Chronicles 4:9-10 (HCSB)
Jabez was more honorable than his brothers. His mother named him Jabez and said, "I gave birth to him in pain."  Jabez called out to the God of Israel: "If only You would bless me, extend my border, let Your hand be with me, and keep me from harm, so that I will not cause any pain." And God granted his request.

Luke 11:10 (HCSB)
For everyone who asks receives, and the one who searches finds, and to the one who knocks, the door will be opened.