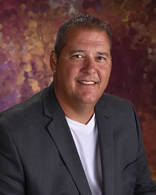 Wednesday, August 28, 2019
​​
Sermon Title:  "Image is Everything"
Speaker........: Pastor Kris Kauffman
To download, Right-click, Save link as...
Scripture References:
​​
Ephesians 1:4-10 (KJV)
4 According as he hath chosen us in him before the foundation of the world, that we should be holy and without blame before him in love:
5 Having predestinated us unto the adoption of children by Jesus Christ to himself, according to the good pleasure of his will,
6 To the praise of the glory of his grace, wherein he hath made us accepted in the beloved.
7 In whom we have redemption through his blood, the forgiveness of sins, according to the riches of his grace;
8 Wherein he hath abounded toward us in all wisdom and prudence;
9 Having made known unto us the mystery of his will, according to his good pleasure which he hath purposed in himself:
10 That in the dispensation of the fulness of times he might gather together in one all things in Christ, both which are in heaven, and which are on earth; even in him:

Ephesians 1:18-23 (KJV)
18 The eyes of your understanding being enlightened; that ye may know what is the hope of his calling, and what the riches of the glory of his inheritance in the saints,
19 And what is the exceeding greatness of his power to us-ward who believe, according to the working of his mighty power,
20 Which he wrought in Christ, when he raised him from the dead, and set him at his own right hand in the heavenly places,
21 Far above all principality, and power, and might, and dominion, and every name that is named, not only in this world, but also in that which is to come:
22 And hath put all things under his feet, and gave him to be the head over all things to the church,
23 Which is his body, the fulness of him that filleth all in all.

Titus 3:7-9 (KJV)
7 That being justified by his grace, we should be made heirs according to the hope of eternal life.
8 This is a faithful saying, and these things I will that thou affirm constantly, that they which have believed in God might be careful to maintain good works. These things are good and profitable unto men.
9 But avoid foolish questions, and genealogies, and contentions, and strivings about the law; for they are unprofitable and vain.